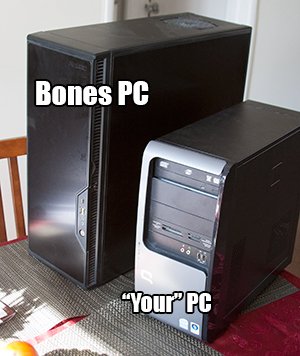 If you are reading this right now, this article is unfinished and a work in progress.

This is a comparison example of what you get 4 years down the road from a custom built system by Bones PC versus a typical store-purchased bargain PC from Best Buy, Staples or Office Depot. 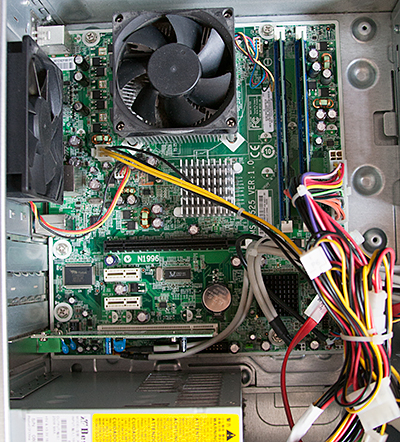 A google search of the part number on the HP motherboard results in a Boston-GL6 MotherBoard MSI MS-7525 G31. It has severely limited ram capacity. Only two DIMM slots allowing 2GB Each for a total of 4GB. So you cannot upgrade the ram beyond the original capacity. Upgrading that system to Windows 7 64-BIT would only result in a 0.5GB RAM access upgrade (Any 32-BIT version of windows only reads 3.5GB of RAM at most). Unfortunately, due to the built-in video card accessing system ram, 512MB of RAM is already being occupied by video card. There is no way to change the amount of RAM it accesses, due to the inexpensive motherboard having virtually no customizable features.

The Acer system does not have any ability of overclock the processor and the motherboard manufacturer has not released any BIOS updates to the since its initial release. Therefore, the motherboard cannot accept any processors other than the ones in supported in its BIOS. The Bones PC computer has a top-of-the-line MB from Asus. Despite that production has ceased on that motherboard long ago, Asus still continues to support that MB and releases new BIOS versions to fix issues, improving stability and compatibility and to support new processors. They have continued BIOS updates to 2011. The motherboard even supports Quadcore processors such as the AMD Phenom II X4 965 which is a 3.4GHz 45nanometer processor. 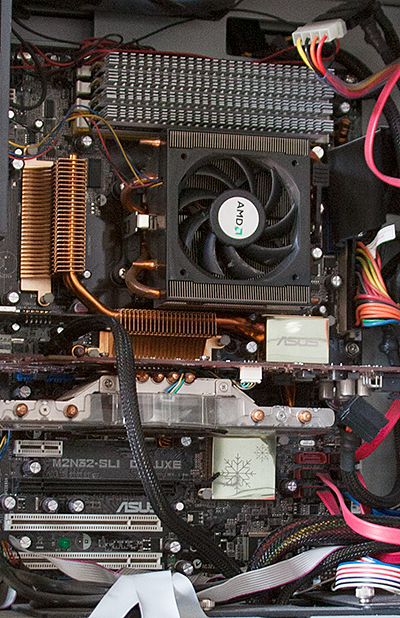